In only a few hours Movember will be over for another year. I can honestly say that I am quite excited to be returning my face to its natural state. So excited in fact, that I plan to shave it clean just before the stroke of midnight tonight! I won’t say that growing a moustache has been challenging in a kind of running a marathon sort of way, but it certainly has had its mo-ments (chortle, chortle pun intended). The main challenge for myself being that it appears there are two small bald patches on my face that grow hair slower than the rest of my head and also that, like a lot of dark haired men, for some unknown reason I grow ginger facial hair. This latter fact making my Movember efforts appear as if I had cheated and simply used a stick on moustache and sideburns. Tom faced his own challenges, the main one being his children’s request for him to grow a Super Mario mo rather than something a little more in keeping with his style.

In true 3ManFactory Movember tradition, the last month has been littered with events, public speaking and meet and greets. Two notable occasions were meeting with Baroness Hanham during her visit to UCLan as part of her duties as Minister responsible for UK ERDF projects and our involvement with Commercially Social an event put together to show the power of social media through supporting Alice Pyne: the amazingly brave youngster doing great things in raising awareness for the bone marrow donors register.

So, from Monday, 3MoFactory once again become 3ManFactory and normal-faced service resumes. If you’ve enjoyed the photos, stories or just the thought of us battling with top lipped hairiness, can I ask one last time that you to head to our donations page and give as little or much as you can – it’s worth remembering that Mr James Duffell will be donating 5% of the team total as of midnight tonight.

Donate to our team 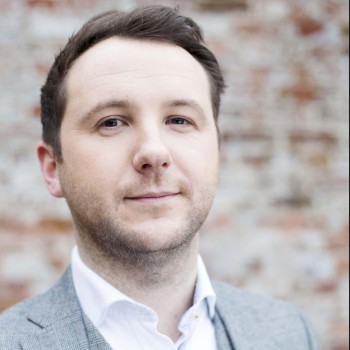