The beloved GIF. Born in 1987, they’ve come a long way since their pixelated clip art past. 2016 saw the addition of GIF search engines to countless services such as Facebook Messenger, Twitter, iMessage, Bumble and Microsoft Outlook. They can help to add personality, character and humour to a message, help to solidify a point and potentially increase engagement. But, how can brands use GIFs to enhance their social media content?

Humans are hardwired to recognise and process visual information far more efficiently than text and sound. In fact, according to HubSpot, when people hear information they’re likely to remember just 10% of that information three days later. When this information is paired with a visual, this number rises to 65%.

That said, if brands are wanting to stand out from the noise on social media and be both recognised and remembered, it makes sense to add visuals to their content. GIFs, when used correctly, can be a lot more effective than just text and still images and can help to convey certain messages a lot easier.

Here are the three main ways brands can use GIFs in their social media strategy:

GIFs are excellent at capturing emotion. Brands can utilise this when reacting to news or to other users. It can help to add humour, personality and show a more human side to a brand- something that is especially important as more and more consumers are demanding increased human connection and honesty from brands.

Want to announce a new product, promote a current one or highlight some key features? When used correctly, GIFs can do just this. It’s said that the average attention span of adults is around 8.25 seconds and research suggests that we process visuals 60,000 times faster than text. So, if you’re looking to get your latest product remembered, you’re going to want to promote it using short and engaging visual content.

GIFs can be used to create how-to guides or product demonstrations without the need for lengthy video production. They act as a quick and simple way of informing your audience, whilst keeping your content fresh, engaging and to the point.

Twitter is a great example of a brand who use GIFs really well. To announce the news of their new character count rules, they created this shareable & informative GIF:

This GIF provided a quick and easy way of understanding Twitter’s new update and meant that users didn’t have to read through paragraph after paragraph of information in order to be kept up-to-date.

The rules surrounding brands using GIFs in their social media strategy are a bit murky. There have been mentions of copyright issues when using GIFs taken from TV and of other people in general. It all comes down to ‘fair use’, something which lawmakers have kept open to interpretation for judges to decide upon given the situation. Generally, something is considered fair use when the original material is used for a limited and “transformative” purpose, such as:

Commentary and criticism: For example, quoting lines from a song for a music review or quoting from a medical article for use in a news report.

Parody: Imitating or ridiculing well-known work in a comic way.

To be on the safe side, you’re best of linking to or embedding content that someone else has uploaded, as seen in the Leo GIF above. Alternatively, why not make your own GIFs?

Want more help understanding GIFs or more information on how to create your own? Get in touch, we’d love to help! 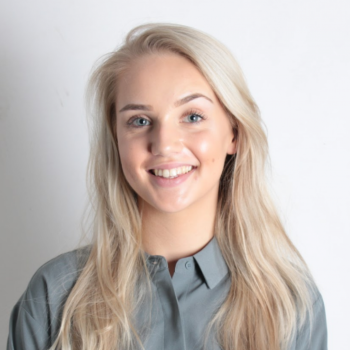