We know the benefits of social networking for business as well as we know the misgivings and perils. We’re all too aware of the dangers of over-sharing just as we’re aware of how we need to be cautious of how we represent ourselves or the companies we work for. But how about using social media to propagate an idea or propel a cause?

3hundredand65 is both of these: 365 storytellers collaborating to create the outline of a plot that will be transformed into a graphic novel. Every day, someone tweets the next part of the story and every day, 3hundredand65’s creator, Dave Kirkwood, interprets the tweet into a sketch/illustration that will be reworked into the final graphic novel. It’s an immense project that is done in aid of The Teenage Cancer Trust.

We were thrilled to be able to have Dave Kirkwood speak and share his thoughts recently at our Preston Social event.

One of the issues I raised with Dave was my personal sense of apprehension I felt as my turn to tweet approached. Perhaps I felt that the bar had been raised so high there might be equally high expectations. Or maybe it was what anybody involved in creative output experiences: fear of criticism. Whatever the root of the apprehension, my turn to contribute and tweet was fast approaching.

The first thing I did was to re-read the story. Half a year had been written and an awful lot had happening, so for me, the easiest way to do this was to download the iPhone app. So I read, day by day, and made notes of characters, their evolution and their relationships with each other.

And then – then, I waited anxiously for the tweet preceding mine. As it turned out, it was actress/singer/songwriter Minnie Driver’s (@driverminnie) turn to tweet

Bugger. Topical and witty – a tough act to follow. What I did next was to write down that tweet and generate ideas. Character ideas, plot ideas, concepts and ways to push the plot forward. The anticipation of responsibility was being realised. What if I buggered this up?

After several drafts, I Direct Messaged my tweet to Dave for feedback – this is, after all, a collaborative project. With a nod that I was good to go, I followed the advice from the 3hundredand65 page and let my followers know what I was about to tweet. And so I tweeted:

“Time is yours & you are mine. Moving back & forth. Emit time.” As quick as the speed of thought, they all knew – it was never about the now

Done. Anxiety alleviated for now, replaced by an excitement of how it might be illustrated by Dave. It was late in the evening when he used Instagram to share his idea of the sketch, asking, “Just thinking. This one’s going to take some effort. Any ideas?” and dialogue once again kicked up.

I’m in constant awe at the collaborative nature of the project: contributor’s tweeting, discussions in comments on the 3hand65 website, and now here on Instagram.

Astounding. And to think, I’m just one of 365 storytellers and I wonder how others have approached their day.

Dave lives this on a daily basis and his intentions are clear: to raise £125,000 by April 2013 for Teenage Cancer Trust; not just through donations through their Just Giving page but through other creative ways. For example,  at the end of the year all of the original hardbound A4 sketchbooks used to create this project will be sold to the highest bidder in one lot.  There’s merchandise including limited edition posters. There will also be Limited Edition 3hundredand65 books for sale from August and, all going to plan, there aims to be a last tweet party for New Year’s Eve at Manchester Velodrome with bands, poets, comedians and DJ sets.

So what drives and motivates Dave? As he told us at the Preston Social, he watches these two videos regularly.

Have you been involved with the project? Let us know how it is and was for you in the comments below. 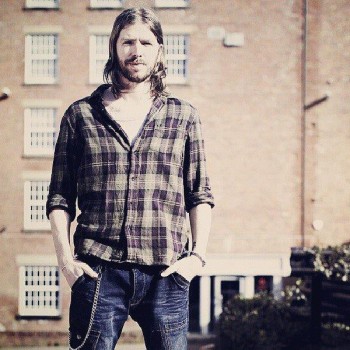