When Jeremy Corbyn stated that “politics has changed and it isn’t going back into the box where it was before”, he definitely couldn’t have hit the nail harder on the head.

For the first time in years, early reports indicated that an almighty 72% of 18-24 year olds marched down to their nearest polling station and defiantly cast their vote during the recent general election. A vote that would soon send shockwaves through parliament and leave our strong and stable Prime Minister, quaking.

But despite Corbyn not quite securing a landslide victory, it’s clear his campaign team had upped their game. With an approximate 20% increase in the number of 18-24 year olds deciding to vote than in 2015, it would seem that Jeremy had concocted the perfect cocktail of old-style rallies, with a contemporary twist of online activism.

As almost everyone is aware, the world wide web is heavily interwoven into our everyday lives. Society simply cannot function without tweets, snaps and likes. But from following his campaign, was embracing social media the way that Corbyn hooked media-savvy millennials into voting Labour?

In comparison to Conservative Theresa May, the Labour politician was leaps and bounds ahead when it came to social media influence. In just over two weeks (between April 19 and May 6), Corbyn’s campaign posted 259 Facebook posts and averaged more than 10,400 likes and 4000 shares. In contrast, May only posted 62 times, with an average of 4,800 likes and little more than 1,000 shares.

As you can see, the Labour social media campaign frequently garnered results that were four times higher than their rival party. But what’s more, Corbyn also called for reinforcements. Over the last year, the forward-thinking party had been developing a nifty tool that combined valuable Facebook information with Labour’s voter data. Based on this, senior activists could use it to send posts with a local focus, that had tailored messages to specific voters. Labour are said to have invested heavily on this tool, but with an increase in 34 seats, it was arguably worth every penny.

So, was his social media strategy the key to Corbyn’s success?

So, yes. You could certainly argue that Corbyn embraced the world of social media, was in-touch with the technology that has taken over our nation, and did not underestimate the power of millennials. But more importantly, it demonstrates the immense value that social media could bring to any form of marketing campaign, by engaging with the many, not just the few.

Could social media be the secret to success in your business? 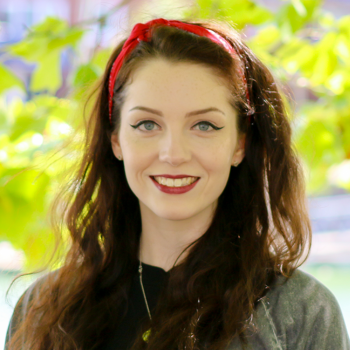